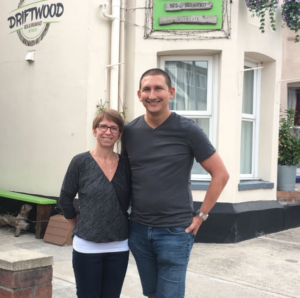 We had a great time filming and met some lovely people but we’ve been sworn to secrecy until the series airs to can’t say any more.

Timing for the programme can be found on the “Four in a Bed” website, once the weeks episodes start to be shown, where you will also be able to watch on catch up TV.